To solve the problem of the deficit of fossil fuels, numerous researchers around the world are working on the creation and deployment of alternative energy sources. This is not only about the well-known wind turbines and solar panels. We have selected five of the most interesting and environmentally friendly energy sources of the future. 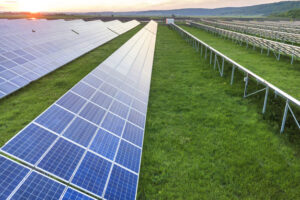 Algae began to be considered as an alternative source of energy relatively recently, but experts agree that the technology is very promising. One may be surprised to hear that from 1 hectare of water surface area occupied by algae, 150 thousand cubic meters of biogas can be obtained per year. This is enough for the life of a small village.

Green algae are easy to maintain, they grow fast, and come in many species that use the energy of sunlight to photosynthesize. It is an ideal eco-fuel because it grows in the water, does not require land resources, is highly productive, and does not harm the environment.

Speed ​​Bumps that Light Up the Streets

The concept of generating electricity using the so-called “speed bumps” began to be first implemented in the UK, and then in Bahrain. It all started when British inventor Peter Hughes created the Electrokinetic Road Ramp for highways. The ramp consists of two metal plates that rise slightly above the road. Under the plates is an electric generator that creates energy whenever the car drives over the ramp.

Depending on the weight of the car, the ramp can generate from 5 to 50 kilowatts during the time the car passes the ramp. Such ramps are capable of supplying electricity to traffic lights and illuminated road signs as batteries. In the UK, the technology is already working in several cities.

There are up to 50,000 steps a day to any point on one of the busy streets. The idea of using foot traffic to efficiently convert steps into energy was implemented in a product developed by Lawrence Camball-Cook, director of UK-based Pavegen Systems Ltd. An engineer created paving slabs that generate electricity from the kinetic energy of walking pedestrians. 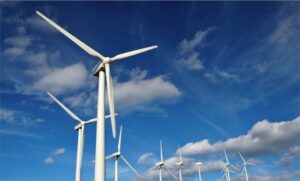 The Pavegen tile itself is considered completely environmentally friendly:

The accumulated watts are either stored in a lithium polymer battery or directly used for lighting bus stops, shop windows, and signage.

It may seem that water poisoned by sewage can no longer be useful to anyone, but this is not true — scientists have discovered a way to create fuel cells on its basis.

One of the pioneers of the idea was Pennsylvania State University professor Bruce Logan. The general concept is built on two pillars:

Bacteria oxidize organic substances in wastewater and produce electrons in this process, creating an electric current. As far as reverse electrodialysis is concerned, electric generators extract energy from the difference in salinity of two mixing liquid streams.

Japanese electronics manufacturer Sony has developed and released a bio-generator at the Tokyo Eco-Fair that can make electricity from finely chopped paper. The essence of the process is as follows: corrugated cardboard is needed to isolate cellulose (this is a long chain of glucose sugar found in green plants).

The chain is broken by enzymes, and the resulting glucose is processed by another group of enzymes, with the help of which hydrogen ions and free electrons are released. Electrons are channeled through an external circuit to generate electricity. It is assumed that such a plant, during the processing of one sheet of 210 × 297 mm paper, can generate about 18 watts per hour (about the same amount of energy is generated by 6 AA batteries).

The method is environmentally friendly: an important advantage of such a “battery” is the absence of metals and harmful chemical compounds.

Finally, the most beneficial characteristics of renewable energy are that it produces fewer pollutants and sometimes comes from the most unexpected sources.