Due to the development of production technologies and the significant deterioration of the environmental situation in many regions around the globe, humanity has faced the problem of finding new energy sources. On the one hand, the amount of energy produced should be sufficient for the development of production, science, and utilities, on the other hand, its production should not harm the environment. This question has led to the search for alternative sources that meet the above requirements. 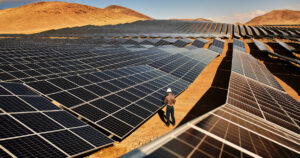 Energy shortages and limited fuel resources are increasingly showing the inevitability of switching to non-traditional, alternative sources. They are environmentally friendly, renewable, based on the energy of the Sun and the Earth. The main reasons for the importance of adhering to energy production from alternative sources are the following:

It is possible to reconcile the constant growth of energy consumption with the growth of the negative consequences for the environment in two ways:

It is no secret that new technical solutions will be required to replace fossil fuels with alternative inexhaustible sources. The energy source of the future and emerging energy technologies must not emit carbon into the atmosphere and contribute to climate change. Engineers prefer exotic conductive materials and computer technology in all phases of electricity generation and distribution.

Fuel cells are used when electrochemical combustion of hydrogen with oxygen occurs to produce electricity. Such a fuel cell generates a reliable jet flow, emits only water vapor and high temperature. Such systems are silent and require little maintenance. Solar and wind energy can be used to produce hydrogen, which feeds the fuel cell of a renewable energy source.

The main reason for the popularity of renewable sources is their price, which is falling every year. For example, now electricity from solar panels is 4 times cheaper than ten years ago and the price continues to fall.

In addition to the economic benefits of such resources, these technologies are environmentally friendly, and there are no CO2 emissions into the atmosphere during production, which is important given the general environmental situation in the world.

Scientists estimate that by 2040, 60% of the world’s electricity will be alternative. Several countries, including Iceland and Costa Rica, already satisfy 99% of their energy needs with alternative sources. According to Bloomberg analysts, by 2040 investments in green energy will reach $2.5 trillion.

The basis of energy efficiency at this stage is focusing on alternative sources. Sun, wind, water, production waste are all cheap sources of energy. Increasing human needs, a constantly growing population, and production capacity do not leave a chance to stay away from clean energy.